Johnson to run for clerk of court 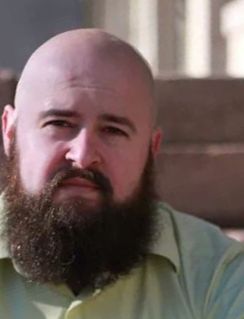 SALISBURY — A former Rowan County deputy says he is running for clerk of court.
Republican Joel Johnson, 33, now a software support specialist, announced Monday that he would run for the office held since 1998 by Democrat Jeff Barger. Filing begins Feb. 10.
“Serving nearly a decade as a full-time law enforcement officer, I met many of our fine citizens,” Johnson said in a press release. “… I was able to see first-hand how the court system operated, and I have been able to see just how easily things could be adjusted to make our court system more accessible for our county residents.”
A native of Rowan, Johnson attended Rowan County public schools and graduated from Rockwell Christian Academy. He went to Pensacola Christian College and has an associate degree in criminal justice technology from Rowan-Cabarrus Community College.
His law enforcement career includes time with the Salisbury Police Department, as a patrol officer and canine handler, and several years as a deputy with the Rowan County Sheriff’s Office.
He now works for Sungard Public Sector in software support and serves as an inactive reserve deputy.
Johnson says he has also interacted with the court system as a citizen.
“When our lives are met with circumstances that require handling the estates of our loved ones, or seeking justice for civil wrongs done to us, the process begins in the clerk of court’s office. I found this process to be very confusing at times, and it does not have to be this way.
“I am asking the voters of Rowan County to cast their votes for me on election day, knowing that I will do everything in my power and within the bounds of the law to make this office more accessible to them and much easier to navigate.”
Challenger Johnson was among nine candidates who ran for county commissioner in the 2012 GOP primary; the eventual nominees were Craig Pierce and Mike Caskey.
Johnson’s volunteer service includes serving as a commissioner on the Rowan County Industrial Facilities and Pollution Control Finance Authority, a board member and treasurer of the Rowan County Peace Officers Association, and charter member and trustee of the Fraternal Order of Police Salisbury-Rowan Lodge No. 87.
For more information, he can be contacted at Joel@electjoeljohnson.com. He has a website at www.ElectJoelJohnson.com and a Facebook page at www.facebook.com/elect.joel.
The filing period for partisan offices is Feb. 10-28. Other important dates:
• April 11: deadline to register to vote in the primary.
• April 24-May 3: early voting
• May 6: primary
• July 18-Aug. 15: filing period for school board
• Nov. 4: general election.