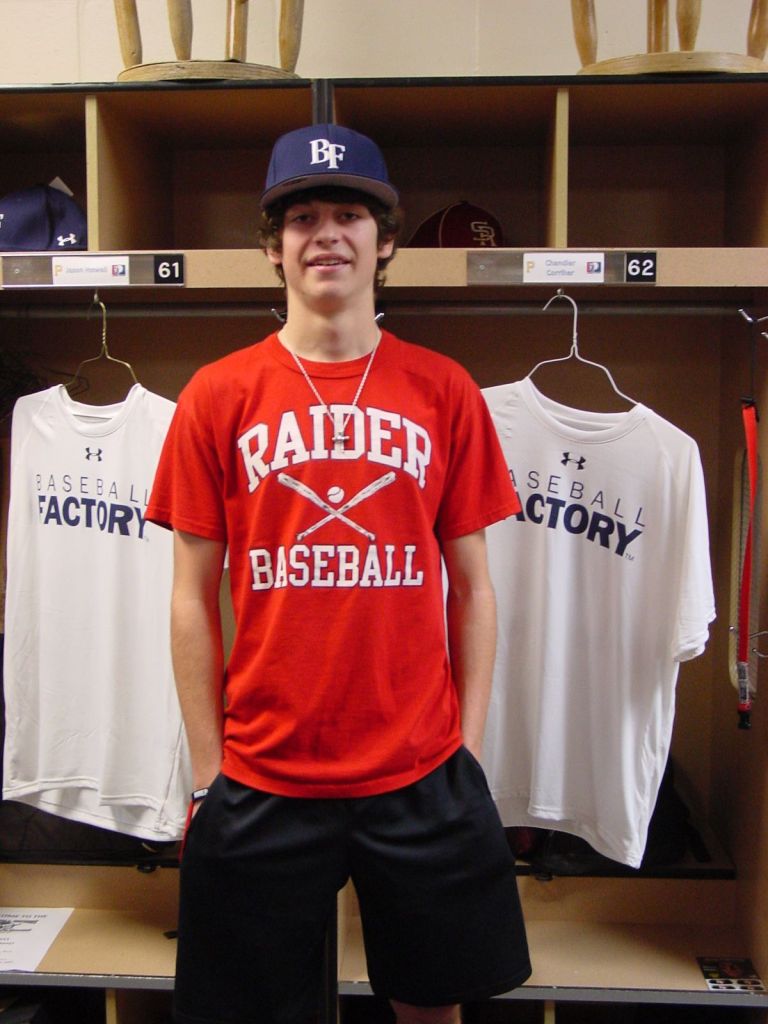 LANDIS — South Rowan baseball coach Thad Chrismon doesn’t look at Chandler Corriher as some kind of secret weapon whom the Raiders have kept hidden in an underground silo.
Corriher is just one of those kids who’s paid his jayvee dues for two years, and now he’s expected to be a solid player for the varsity as a junior.
“Chandler hasn’t been on the big stage yet, but we believe he’ll be a very good player,” Chrismon said. “He works hard during the season and he puts in the time in the offseason. He goes to the camps, and he’s got a great opportunity to help us in the infield this year.”
Corriher recently returned from the most competitive experience of his young baseball life.
The official name of the event was the Baseball Factory Christmas Camp & Tournament at Pirate City. “Pirate City” is in Bradenton, Fla, the Spring Training home of the Pittsburgh Pirates. Corriher got to experience the life of a professional player for a few days — eating, sleeping, training and playing in the same facilities used by the Pirates.
The camp attracted 260 players from 35 states. Corriher participated in four games.
“It rained all day the second day I was there, so we just hung out in the cages, but I played two four-inning games and two six-inning games,” Corriher said. “It was competition like crazy, but I went 4-for-7 and walked once.”
Corriher said the pitching he faced was sharp, with the hardest thrower checking in with 86 mph fastballs. That’s a giant step up from jayvees, but Corriher held his own.
Corriher is a 5-foot-11, 140-pound middle infielder. He likes second base best, but he has some experience at shortstop. While he’s obviously a right-handed thrower, he’s a lefty swinger. That’s an advantage that will enhance his batting average and also his chances of playing past high school.
“I’m right-handed, but when I first picked up a bat when I was little, I swung it left-handed,” Corriher said. “My Dad said not to ever change — that it would help me.”
Chrismon said that he expects to have four capable infielders to man shortstop, second base and third base. Corriher figures into that mix. Chrismon’s just sure where yet.
“Chandler can bunt, he runs well, he has good hands, and he has a good arm,” Chrismon said. “He’s got some tools. We’ll just have to see how it all shakes out.”
Corriher has played on good South jayvee teams coached by former middle infielders Bubba Morris and Brett Stirewalt, so he’s had a chance to learn some of the little things about playing the infield. He may be needed to pitch some this year, but mostly he just wants to keep improving as a ballplayer,
“Going down to Florida was a long trip for the family — 9 1/2 hours — but it was worth it,” Corriher said. “It was a step up for me, and I just tried to make the most of the opportunity.”