Livingstone gets another piece of the puzzle 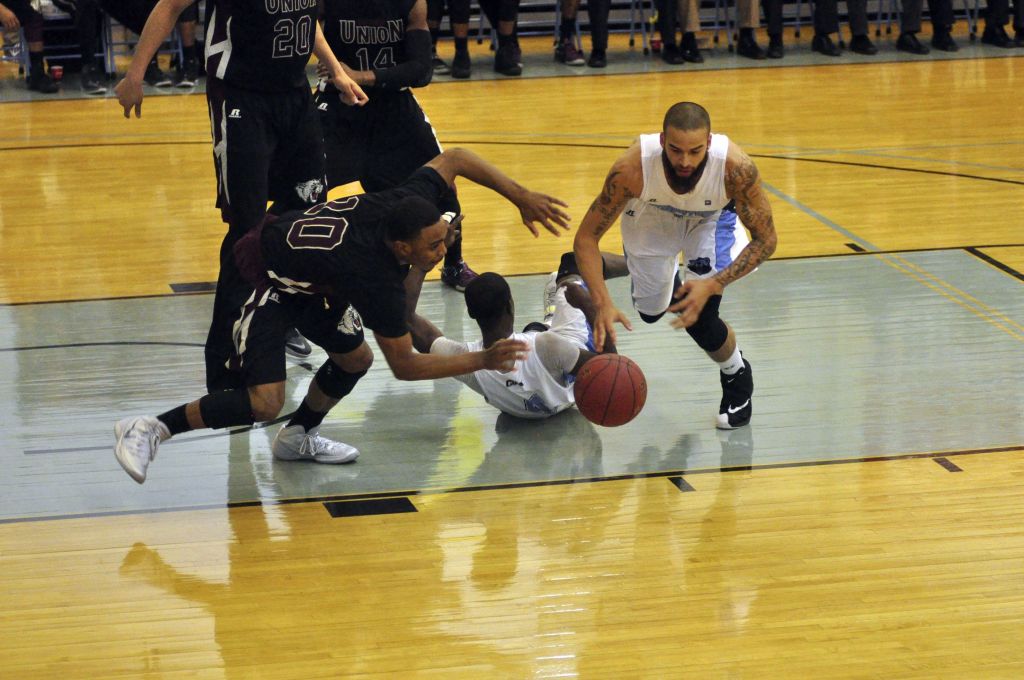 SALISBURY — Livingstone added an important piece to the puzzle in Saturday’s 113-96 CIAA win against Virginia Union at New Trent Gym.
Cameron Lefear, working his way back from an injury, looked close to 100 percent for the first time and was one of seven Blue Bears in double figures.
Fast starts have been elusive for Livingstone (9-2, 2-0 CIAA), but this time it got one, and Lefear’s fearless “and-one” drive to the hole was the trigger for a blistering, early 10-0 run.
“I broke my foot, and it’s been a long process coming back,” Lefear explained. “The mental part is the hardest part. Your mindset is that you’re still injured and you can’t do the things you want to do. But Coach (James) Stinson has stayed right with me, and I’ll stay right with him. Tonight felt good, and I thought everyone played great.”
Livingstone getting another weapon is almost unfair. The Blue Bears shot 9-for-12 on 3-pointers in the first half, with seven different guys connecting. Anthony Welch and Eric Dubose, who both come off the bench, hit two apiece.
“We finally came out the way we’re supposed to,” explosive big man Christian Henry said. “We were all on the same page. No more slow starts.”
Livingstone finished the game 15-for-27 on 3s and with 55-percent shooting from the field.
“We shot the ball great,” Stinson said. “Everyone was clicking early and knocking down shots and we played a very strong first half. I just wasn’t completely happy with how we closed this game out. Everyone on this team can play, and some just didn’t play as well as they can tonight.”
Point guard Mark Thomas scored 21 points to lead the Blue Bears, and he also had seven assists and zero turnovers in 28 minutes.
“Thomas is an excellent player and does a great job as their facilitator,” Virginia Union coach Luqman Jaaber said. “The new rules have changed our game, and we’re still trying to adjust. Scoring is up everywhere. You have to play defense with your feet and not your hands, and those rules favor good offensive players like Livingstone has.”
Livingstone also got punch from Anthony Welch (18 points), Henry (16), Dubose (13), Eric Mayo (13), Lefear (11) and Jody Hill (11). Mayo had eight rebounds and two blocks.
Post man Omar Briggs scored 23 for the Panthers (2-10, 1-2), while guard Avery Jirmnson had 21.
Virginia Union got 33 points at the free-throw line (on 43 attempts), and that was the main source of concern for Stinson.
“We’ve got to do a better job against dribble penetration,” he said. “We had 27 fouls, but it didn’t hurt us as much as it could have because we do have depth.”
Welch, a Michigan native who felt at home with the frigid weather, drilled back-to-back 3s to give the Blue Bears a 19-8 lead seven minutes into the game.
This was the same Welch who had explained two days earlier, after a grinder against Bowie State, that he was all about defense.
“Sometimes,” Welch said with a laugh, “the offense in me just comes out.”
Then everyone started making 3s. Backup point guard Robert Flint made one, and then power forward Mayo made one.
Then Thomas made a deep one while fading away and almost finding a seat on the Virginia Union bench.
It was 61-37 at halftime.
But still not over.
Livingstone got a little sloppy on offense and a little less intense on defense, and the Panthers tried hard to make it a game. A thunderous dunk by the 6-foot-8 Briggs cut Livingstone’s lead to 78-66 with 10:30 remaining.
“Livingstone went from making everything they shot to not making anything for a stretch,” Jaaber said. “That gave us a chance to get back into it.”
Stinson called timeout with the lead down to a dozen, and the Blue Bears got the ball to Mayo for a layup.
Then Thomas made a steal and put in a layup as he was fouled. He missed the free throw, but the rebound deflected to Dubose, who stuck it in the hole. The lead was 18, and the Blue Bears resumed command.
“We can score in bunches like that,” Stinson said. “That’s a good thing.”
Livingstone is home again Monday against CIAA opponent Lincoln.